The Hammers and the House

There once was a King who wanted a house to live in, made just for him. He commissioned a trio of carpenters:

The King sent them the finest lumber, pre-cut into boards that fit beautifully together. He sent them a set of building plans that clearly called for many rooms in the grand house He wanted.

And, He gave them hammers. 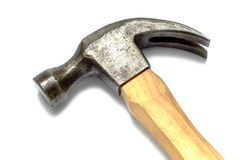 Grandpa’s hammer was smooth and worn with use. It fit so easily into the old man’s hand, he hardly had to work to drive nails with it. It fact it wasn’t work at all. He could do it without thinking. 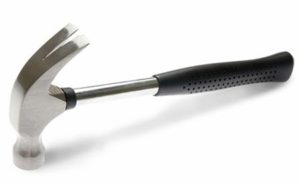 Dad’s hammer was newer, an improved version of his father’s. It had a rubber handle and a head of the hardest steel. It was even magnetized. 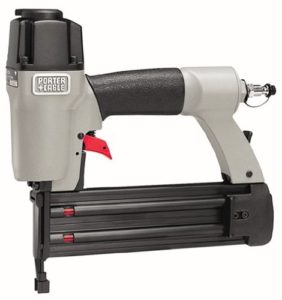 The Boy’s hammer was—different. In fact, it wasn’t really a hammer at all, it was a nail gun: a compressed air, nail-driving machine. You didn’t even have to swing it. Just point and shoot. You could drive nails faster and deeper and, it made a cool noise. The Boy loved it.

So this family of carpenters started building the house for the King. They each had the same materials and plans but worked at different speeds and in different ways.

However, Grandpa could not stand the sound of the Boy’s nail gun. Dad didn’t like it much either, but he liked the work it would do and the fact that his son wanted to drive nails with it. The Boy snickered at his father and grandfather’s hammers. He thought them quaint and old fashioned and no fun at all. Besides, they couldn’t drive nails as fast as his nail gun.

Despite their differences, the sound of an old hammer, a new hammer, and a nail gun echoed through the neighborhood where a house for the King was being built. Soon, people began to gather to watch them build. They had never seen three generations work so well together. They wondered what kind of house they were building and who would live there.

But, eventually the sound of the nail gun got under the old man’s skin. Grandpa could stand it no longer. He insisted that if the Boy wanted to build, he had to use the right hammer, one like his: tested, tried, true, worn, smooth, comfortable, perfect for the job. The Boy didn’t want to stop using his nail gun.

“Look, Grandpa, look what I can do with it!” the Boy objected. “Look at all the nails I can drive for the King’s house! Look at how many boards I can put together!”

“But I hate the sound of that thing!” Grandpa shot back. “And don’t try to explain it to me. I can’t figure it out. I’m too old to learn anything new. Besides it just doesn’t feel right.”

“But Grandpa,” the Boy countered, “I can’t use your hammer. It doesn’t work as well for me.”

The two had stopped building to argue.

Meanwhile, the only carpenter still building was Dad and he was getting tired. He had tried many times to get his father and his son to work together. He saw both sides.

The nail gun wasn’t just different from his hammer, the way his hammer was an improvement over Grandpa’s, the Boy’s method was a whole new technology.

“Why can’t we all just work together?” he thought.

By then, Dad had stopped to watch the needless strife between the old man and the Boy and no one was building. The argument, however, continued to build and appeared to be a never-ending one. To Dad, it seemed it had gone on his whole life.

“When will we get passed this?” was his weary question.

As they went on and on, the King stepped up from the shadows. But, so focused were they on their hammers, none of the builders saw Him. He watched, as they all grew discouraged, packed up their precious hammers and left. The neighborhood crowd didn’t know who He was. Seeing that there was really nothing different here from their own lives, they lost interest and went away. “These people are just like us.” they were heard to say. “I wonder who was going to live in that house?” 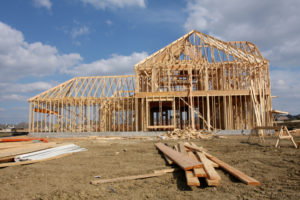 When everyone was gone, the King walked through the building site. He found the wonderful lumber He had sent ahead. He found the marvelous plans He had devised. But He found few nails driven and even fewer rooms built. He wanted so to have a house in that neighborhood.

With tears flooding from his soft brown eyes the King left that building site in search of someone who would build Him a house.

Psalm 145:4
One generation will commend your works to another; they will tell of your mighty acts.

John 17:20-21
“My prayer is not for them alone. I pray also for those who will believe in me through their message, that all of them may be one, Father, just as you are in me and I am in you.

The Hammers and the House