The Fists of Children

Does remembering the 1960’s help us today? 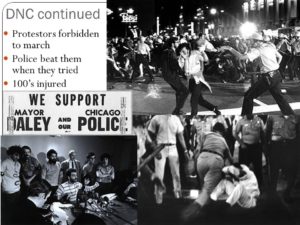 In 1968 at the Democratic National Convention in Chicago antiwar protesters clashed with helmeted police in the streets. Because of television, the whole nation watched. 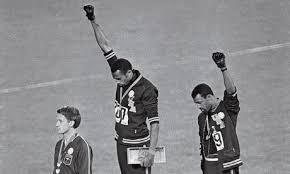 At the Olympics that year, black American athletes stood with heads down and fists lifted in a Black Power salute during the National Anthem as they received their medals. We all saw it on TV. 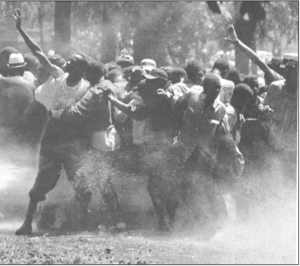 During the 60’s police with dogs, guns, and fire hoses confronted civil rights protesters in the streets of southern cities. The film and TV cameras were there.

Watching the news today, those of us who remember that decade of assassinations and anarchy, are most likely flashing back to the days of black and white, 3-channel television as we grieve over the news. Now we can watch 24/7 and in living color.  Today everyone has a camera and everyone is a broadcaster.

As I watched the 1968 convention, I realized that those young people with their fists in the air were my generation! I was in those transition years between the child I had been and the man I was trying to become. It seemed the Chicago riots were a generational clash:

To my 18 year-old mind, we were just kids and had no right to do such things. I wrote a poem called “The Fists of Children.” It is now lost except for the title.

Today we see the combination of all three of these issues scrawled on the hand-made signs in the streets.

“The Policeman Is Your Friend.”

The young people of my generation–white Baby-boomers–were taught this from our earliest memories. The cops in our small town were men like our fathers, WWII vets trying to run the country they had risk their lives to save.

Still, we grew up with a certain ambivalence toward the police:

All true, but—we were white.

Trust must be promised, earned, and delivered.

When our community police force is perceived in opposite ways by the people they serve and protect, a trust has been broken. 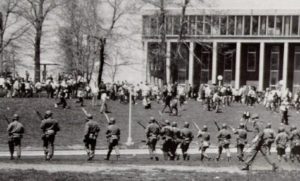 When the National Guard opened fire on war protesters at Kent State in 1970, I was watching TV at a friend’s house. The murderous events were like a harsh spotlight focused on the generational divide in America.  It was called the Generation Gap. It seemed that society had broken down. The fists of the students at Kent State had earned them bullets, not a hearing of their grievances.

Today we see more than the fists of children marching in the streets. We see the anger of families, from generation to generation, a debt of suspicion and fear too great for any one generation to pay. And, we see the police, who also live in the city, who are charged with facing death hidden in every coat and car, dark roadway and dimly lit residence.

The Battle Lines Are Drawn

In warfare, an assault happens when one side digs into a defensive position and the other side charges it.  When a battle nears a conclusion with neither side prevailing, there can be a call for a truce–a very different thing than an attack or a siege.  In a truce both sides move out to the no-man’s-land between the battle lines under a flag of truce.

Both sides move but someone has to make the first move.

The First Move Has Already Been Made.

Americans, making full use of their constitutional privilege, that is, “the right of the people peaceably to assemble, and to petition the Government for a redress of grievances”  have demonstrated publicly that something is wrong. To assemble peaceably is not the same as rioting or violence or looting or destruction of property. Such criminality has no protection in the law. Those who turn a peaceful protest into a violent conflict have some cause other than the grievance being redressed.

The first move made, now someone needs to bravely and meekly abandon the safety  of his barricade to continue the conversation.  I am trying to do that with this essay.  Solutions can be found no other way.

We have had enough of war; let’s try a truce. Let’s talk to each other. Let us each consider the other’s point of view. Name calling and playing to the media won’t do it.

It takes more than the fists of children to break this stalemate. Change requires the hearts of all of us.  Jesus is the only One who can change hearts. 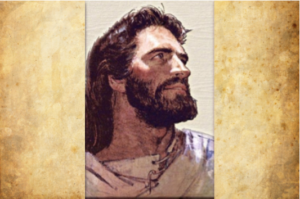 And He was handed the book of the prophet Isaiah. And when He had opened the book, He found the place where it was written:”The Spirit of the Lord is upon Me, Because He has anointed Me To preach the gospel to the poor; He has sent Me to heal the brokenhearted, To proclaim liberty to the captives And recovery of sight to the blind, To set at liberty those who are oppressed; To proclaim the acceptable year of the Lord.”

Then He closed the book, and gave it back to the attendant and sat down. And the eyes of all who were in the synagogue were fixed on Him. 21 And He began to say to them, “Today this Scripture is fulfilled in your hearing.”

The Fists of Children