(Author’s Note:  This is a rehearsal devotion I wrote in 1998 when I was worship pastor at Sun Coast Cathedral in St. Petersburg, FL.  In those days, I could sit at my desk until 6:30 and make it to the Trop for a 7:05 first pitch.  Yesterday I tasted a little of that joy again and it brought this little piece to mind.  I have not updated it in anyway so all the stats are from 1998, especially the ticket prices!  The truth of a higher perspective on life is timeless. SRP)

I love baseball.  Except for sandlot ball and two miserable seasons of Little League, I did not play the game much as a kid.  Bob Gibson pitched his great seasons when I was in high school and even though we lived in Cardinal country, I didn’t pay much attention. Football was where the action was; baseball was boring.

I finished college and started teaching band in my hometown at my old high school with my Jr High and High School Band Director, Stan Balch, as my mentor.  I owe Stan so much musically, but I also am obliged to him for my love of baseball.  I called it boring one day in the band room.  He proceeded to tell all the stuff that is going during a game: strategy, offensive plays, defensive plays, and back-up assignments on every play for every player.  No one had ever told me these things.  I thought it was just a game of reaction, everybody waiting on the ball to be hit.  I didn’t know people were trying to do things.  Catching and throwing the ball are the kinds of skills that almost anyone can do, but very few can do well.  Hitting a round ball with a round bat is perhaps the most difficult thing to do consistently in all of sports, especially if the ball is going 95 mph, or floating like a butterfly or curving away at the last instant.  Add suspense and strategy to these fundamentals and you have the game for me.  In 1972 I became a fan. 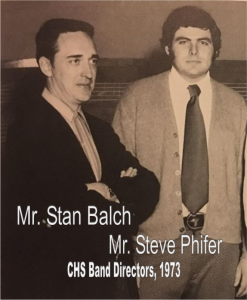 Now major league baseball and St. Petersburg and the Lord and I have finally got together.

I have been doing very serious research on Tropicana Field.  I have been to five games and sat in five different sections.  My tickets have ranged from $3 to $20.  I have been on the right field line and in the left field homerun seats. I’ve sat just behind the screen, and way up behind the foul pole in left field. And I have been in section 300, high above home plate.

In section 300 I saw the game as I have never seen it.  I was in the exact center directly behind home plate.  The field stretched before me like a giant movie screen—Cinema 150 or Cinerama or even bigger than that.  It was beautiful!  It was like my seat for The Promise of the Star and  the Promise of the Son.   It was the most satisfying perspective I have ever had on the game I love.  The positioning of the defense was never so clear.  The movement of players when the pitch was thrown or the ball was hit was never so graceful.  The stereo sound of 25000+ people, the pop of the catcher’s mitt and the crack of the bat were as satisfying to this musician’s practiced ear as Beethoven.   I gained a whole new perspective when I rode the escalator and climbed the stairs up to section 300.

In those same 26 years of teaching music in schools and churches, I have seen many things I cannot comprehend.  I have seen cancer claim the best, the brightest, the youngest, the purest.  I don’t know why.  I saw a little boy’s face when his deaf ear opened when a pastor who was living in sin prayed for him.  I don’t understand.  Why did my friend Steve Swain’s mother, a pastor’s wife, die of cancer after she had already lost a son to it? Why is Steve’s dad now an Alzheimer’s patient?  I don’t know.  Why did a Bible College student die in that awful wreck last Christmas while Jarvus and the others survived?  I don’t know.

God has a perspective on this life that we cannot imagine.  He is sitting way up there in section 300.  He sees beautiful arcs and swirls of motion we cannot appreciate.

When I was just over the left field fence, I saw Rickey Henderson, future Hall of Famer, really well.  Behind the plate I could judge the pitchers best.  In right field, I had to sit one way and look another for most of the game.  Up in the cheap seats, the bench really got to my back and people walked in front of me all night.  But up in section 300, I saw the whole game.

One day a heavenly usher will punch my ticket for a higher level.  The Lord will take me to a plain I have never known and show me things I have never seen.  I will at last have found a perspective from which the whole game can be seen.  Then, I will know.  ‘Til then, I will trust.

Now we see but a poor reflection as in a mirror; then we shall see face to face. Now I know in part; then I shall know fully, even as I am fully known.1 Cor 13:12(NIV) 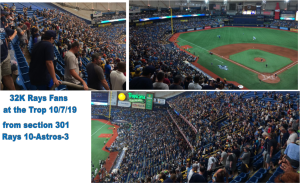