How One Afternoon in a Dorm Room Can Shape a Life

James 4:6 NKJV
God resists the proud but gives grace to the humble.
Proverbs 16:18 NKJV
Pride goes before destruction, and a haughty spirit before a fall.

This time, it was a song.
I had more than survived my first semester of college, I had thrived, making the Dean’s List with a 3.8 out of 4 grade point average. This is notable because I only had a C+ average in high school.  Now I was studying music which was my heart’s desire.  Since I was a little boy, I had been fascinated with the biblical term, “Chief Musician.”  When I was 15, I felt that was the call on my life. Now in college, I loved my music studies and the band and the a cappella choir and my fellow students.  Many of these were also young Christians preparing for the ministry, some as pastors and others as ministers of music.

I had also survived the first of a procession of roommates and now had one who was a great pal instead of a hindrance. My first roommate hated music and therefore my record player.  Even when I listened to my records with headphones plugged directly into the speaker jacks–there were no headphone jacks in those days!–the noise of the needle on the record kept him awake.  I had to have my music; I was given to turning on the record player before I turned on the lights!  Terry Gill didn’t mind at all. He was a pre-med major who was also a Christian.  As our friendship deepened–he was one of the funniest guys I ever knew–he felt there was a ministry call on his life.  He transferred to Hendrix College the next semester. I would love to reconnect with him today.

My music studies plunged me into the world of classical music so my personal tastes were expanding but I still loved Christian music.  I was raised singing Gospel hymns of testimony and praise and Southern Gospel music.  My taste in gospel groups tended toward the most musically interesting ones.  My favorite quartet was The Statesmen.  They were such excellent musicians and produced really interesting albums.  I tried not to think about whether they were really “walking the walk” of the Christian life but they surely could “sing the songs.”

Power Encounter #2
My life had been changed by a “power encounter” with the Lord my senior year of high school. Theologians refer to “power encounters” in two different ways.

I use it here in the second sense.

In November of 1966 I attended a state-wide youth convention at our campground in Hot Springs, AR.  In the middle of a communion service I encountered the Lord Jesus in the most amazing way; His holy presence enveloped me. I could not pray or praise or even pray in the Spirit.  All I could do was weep, soul-deep, sobs from my deepest being.  While in this state of divine visitation, the word P*R*E*A*C*H appeared like neon lights in front of me.  In the days that followed, I dropped my plans to get a degree in music and become either a band director or a minister of music.  I also became completely miserable. I was doing what my Pentecostal culture expected but it felt wrong.  A series of divine interventions (You may read the details of these events in this article: https://stevephifer.com/my-arkansas-story/) led me to honor both callings: the one to music and the one to preach the Word.    My freshman year, my local pastor, Brother T.N. Crick, heard me speak at a Chi Alpha (Assemblies of God College Youth) meeting and asked me if there was a call to preach on my life.  When I told him of my experience, He encouraged me to pursue ministerial recognition with the Arkansas District.  I was granted my first recognition that summer.

The Song
On the spring afternoon in question, I was alone in the dorm room listening to a new Statesmen album.  One song captured my attention, Unworthy, written by Ira Stanphill. I lifted the needle up and played it again, and again, and again, I don’t know how many times.  The same spirit of weeping that had come over me in that November convention had found me again.  I paced the limited space in that old dormitory room, weeping, completely consumed with the presence of the Lord.  In that state, instead of a neon sign, the words of the song burned into my soul.  I knew this sense of unworthiness–this humility–was being installed in me and it was somehow an essential factor of my call into the ministry. I must never allow my heart to be puffed up by my music or by leadership roles that would come my way.  I must always remember that God was the One who deserves the glory, never me.

The song was like a trial before a judge. Each stanza was evidence against me and for me.

Evidence against me:
Unworthy am I of the grace that He gave. Unworthy to hold to His hand.
Evidence for me:
Amazed that a King would reach down to a slave. This love I cannot understand.
Evidence against me:
My sorrow and sickness laid stripes on His back. My sins caused the blood that was shed.
My faults and my failures have woven a crown of thorns that He wore on His head.
Unworthy am I of the glory to come, unworthy with angels to sing.
Evidence for me:
I thrill just to know that He loved me so much, a pauper, I walk with the King.

The Chorus continued the condemning evidence and then pronounced the surprising verdict:
Unworthy, unworthy, a beggar in bondage and alone.
But He made me worthy and now by His grace,
His mercy has made me His own.

Somehow, with all my faults and with all my potential for failure, the Lord wanted me to do wonderful things for Him.  He was placing deep in me a sense of the danger of pride. No amount of talent or skill can withstand the sickness of pride. If my heart remained true and humble, God really could have a place for me in His work.

There was danger here, mixed in with the opportunity.  I must always minister as He gives me opportunity and always for His glory and never mine.

That afternoon in Room 325 of Harris Hall, the Lord showed me the Gold Standard in His service: Humility.  This quality is not a natural partner to artistic skill.  The truth is:

Like Just a Closer Walk with Thee on clarinet, Unworthy became one my theme songs.  I sang the song at every opportunity and I always added another chorus at the end:

Decades Later
In the 50+ years since that second power encounter, I have attempted to live this mandate:

…to create art as God gives me opportunity but to clothe myself in humility.

This is the proper position for a pastoral artist when he/she attempts to lead the artists of the church.  Pride will weaken a worship/music/artistic ministry and bring it down.  The defeat of this seditious enemy must begin in the leaders’ heart!  Why? Because God “resists the proud and gives grace to the humble,” and “pride leads to destruction.” It has been my experience in church leadership that an organization that teaches and models humility will be an uncomfortable place for those who are driven by pride.  They stick out from the group and soon they either change or leave.  Humility maintains itself!

A Dynamic Center
The artist’s life is full of polarities as opposite forces act on us at the same time. The effective Christian artist must find a way to function in the dynamic center between confidence and humility.  I love being on the team, adding my expertise to the effort, serving with my skills. The arts exist to serve humanity so artists must be servants, not stars or rulers.

I must honor this polarity in my life:

In the will of God, in the power of the Holy Spirit, and from a true heart, humility can empower our creativity and craftsmanship. This is the gold standard of service to God. 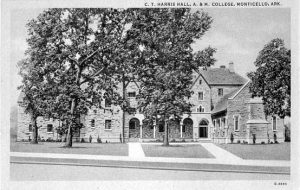