“Apples and Oranges!”
Some are sure to say this when I juxtapose any other church in the world with the magnificent Notre Dame Cathedral in Paris. Perhaps, when one considers only the structures themselves and not the human spirit that built them, “apples and oranges” is a fit analysis. If we take a deeper look, parallels emerge.

Nashville, AR January 12, 2018
My late brother, James, effectively led several Assemblies of God churches during his earthly sojourn. He loved God and he loved people, thus fulfilling the Great Commandment given by His Lord. Those who knew him well will testify that in his strong, ex-football, baseball, and track star body he possessed not a single political bone. He led with integrity and compassion, reforming by the force of his life’s message long-standing local feuds, breaking up unholy power structures  and setting local churches free to follow the Spirit into their destinies. Along the way, he built only one church building: First Assembly of God, Nashville, AR. I remember the decaying downtown building the people had when they elected him as pastor. Under his leadership, they moved to a hilltop by one of the highways leading in and out of town. I remember the joy of watching my brother standing  in the new pulpit of the the new church.

Last year, on a Saturday morning, faulty wiring ignited a fire that destroyed that building as the pastor, Rev. Terry Goff, and the people watched helplessly from the bottom of the hill. It made headlines locally. I saw the report on Face Book as I rode to a teaching assignment here in Florida. Now the new building has been designed and is under construction. The church building was destroyed but not the church itself. This was a local news story, not an international one. Insurance coverage and a healthy congregation are rebuilding the house of worship, not international funds from millionaires.

Paris, France, April 15, 2019
On the Monday after Palm/Passion Sunday a remodeling accident, possibly faulty wiring, ignited the horrible fire that gutted the 850 year old Notre Dame Cathedral consuming the ancient, dry wood used in the wall coverings and carved statuary. Stone structures remain and the cathedral will be rebuilt by concerned people of means.

Connection Please…
What is the connection uniting these two houses of worship separated by an ocean, by three languages, by many centuries, and by a secular, historical spirituality in contrast to a Spirit-led, contemporary one? Simply this: Creative people built both of these churches.

We have been created in the image of God. As our Creator, God installed within us a deep desire for creativity, for beauty, and for order on a grand scale. I am a Protestant but I will not speak to the theological differences in my worship and those of Roman Catholics. One of the things we share is this God-given desire to create beauty and truth in the name of God. Another shared value is the Jesus Story itself. We may tell it differently with contrasting emphases but we agree that it is the most important story ever told.

The Meaning of the Cathedral
So much has been said by so many over the days since the Paris fire with many contradictory assessments of the cathedral and its meaning. Along with worshipers, some see it as art and others as history. Secularists see it as a representation of man and his skill through the centuries. It certainly represents the art and architecture of Western Civilization from Medieval times forward but it is incorrect to say that the church building represents man. That was not the purpose of the designers, craftsmen, and laborers who for more than 200 years, from generation to generation, worked in an amazing trans-generational unity of purpose to build this beautiful structure. Neither does the accumulated artwork decorating and infusing the church with meaning exist to represent man. Notre Dame Cathedral exists to represent the glory of God come to earth just as Jesus did. Churches tell us that God is reaching for us even as we are reaching for Him.

The Other Notre Dame Cathedral
I never had the privilege to visit the Notre Dame Cathedral in Paris, but I had the profound joy of visiting its counterpart in Bruges, Belgium, The Church of Our Lady.  Bruges is a well-preserved Medieval city near the English Channel filled with incredible delights for today’s visitor and friendly canals to travel to see it all. I had the joy of a visit in 1995 while guest lecturing at Continental Theological Seminary in Brussels.  In the Bruges Notre Dame Cathedral I came to understood fully what Christian art could be.  Every corner of this massive church was packed with art, all telling some aspect of the Jesus Story.  Their most prized possession is a sculpture of the Madonna and Child by Michelangelo.  I stood 15 feet away from a masterpiece by the master of Renaissance art.  I learned more lessons in that cathedral than  I can ever express in a single essay.

All of the arts and skills involved in a true house of worship are there to serve a higher purpose than the skills of the artists. These things exist to fulfill the command of Psalms 29:1-2:

When they have realized the glory of God, artists and artisans are moved to give their best, to create at their highest level of craft and inspiration, in order to give God “the glory due unto His name.” No other inner vision can inspire our best, our most true and sincere efforts, and our highest visions.

This is the connection between the grand cathedral on the island in the Seine River and the little Pentecostal church on the hill in Nashville, AR. Each one was built for the glory of God as a meeting place for God and man. The world needs such places for the human soul longs to return to the heart of its Creator. From humble wooden sanctuaries to steel storefronts claimed as worship space to huge contemporary theatre-like halls to stone-on-stone cathedrals, the hearts of people seek a Savior. He will meet with those who come to Him in humility and openness, calling upon His holy name in truth. Another ancient psalm contains the promise, “The Lord inhabits the praises of His people.” In such places, so different from each other, people of praise meet with God and find peace.

Finding the Ancient Fire
In the natural world fires eventually burn out. They consume the available fuel or use up the available oxygen and cool to ashes. In the Bible we see a different kind of fire, one that does not go out. To Moses it was bush, burning but not consumed, out of which God spoke. In the Book of Acts, it was a flame of fire that broke up and came to rest on each of the 120 Christ-followers, the fire of the Spirit of God. Through their inflamed lives, God spoke peace to the world. For the Christian, fire is a potent symbol of the Holy Spirit baptism prophesied by John the Baptist and promised by Jesus Himself. Like the burning bush in Moses’ desert, this fire does not consume its host. On the contrary, this ancient fire empowers the believer for service beyond his or her natural abilities. As William Booth wrote in the 19th century, “Send the Fire!”

A Perspective Gained
Each of our earthly structures, even when filled with our sincere worship arts, will someday fall to the relentless pull of gravity and the inevitable processes of time. Sanctuaries of the heart are impervious to time and stand unbending to gravity, obeying a higher law of the Spirit. The Book of Revelation (Ch 5:8) tells us that the prayers of the saints are collected forever in golden bowls in the Throne room of God. What we do for God lasts forever. 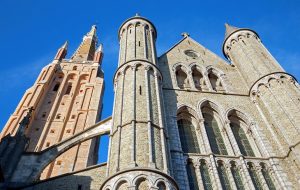 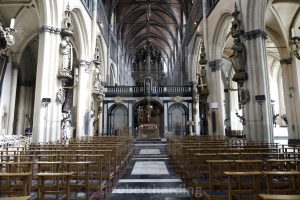 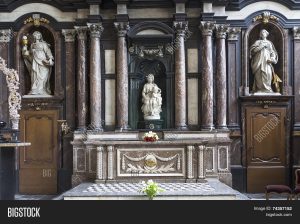 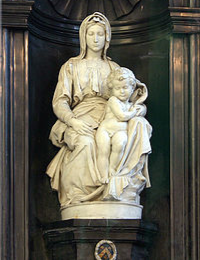 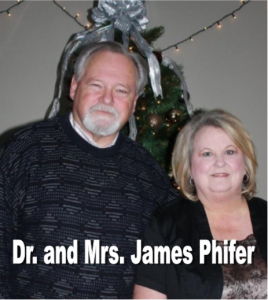 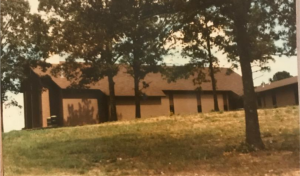 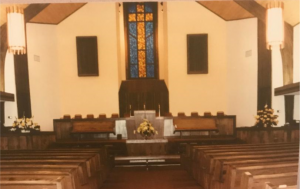 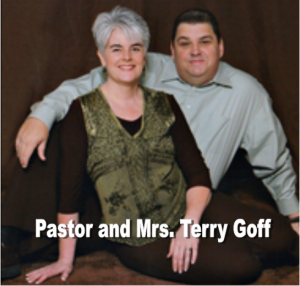